Thank you, HBO.  The documentary was a delightful surprise.  The Night King is even cooler IRL.  Now I’m not only lovingly obsessed with the main cast of Thrones, but I also have a massive crush on Andrew McClay, Loyal Stark Man, First of His Name.  (I know.  Who doesn’t?)  He oozed masculinity while simultaneously flexing enough security in his selfhood to cry openly as his Dream Job transformed into The Best Memory Ever.  (That’s some Will Smith-level shit, yo.) 🥰

Emelia Clarke blew my mind with her old soul.  I love her.  I know I love virtually every actor on Game of Thrones, but listen;  It was an event so epic I feel privileged just to have been allowed to view it (in my safe place.)  So many people with mad skills got together and smashed our expectations concerning television forever.  The bar is so high now it’s ridic.  (And we still whinged, but The Internet is a preteen, so please forgive us.) 😔🤭😍

Thank you all for giving us everything you had, and a little more on top.  You. Did. That. Shit.  You breathed a part of yourselves into fictional characters and brought them to life.  They’re now a part of our life story.  We’ll never forget these beautifully human people who won our hearts.  And dragons!!!  (If More Evil Chucky has a tantrum and only a small number of humans survive to carry on the human race, you can bet one of the stories told around the fire will be Game of Thrones.  Just saying.)  Did. That. Shit.  I’m so proud of you all. 💜

p.s.  Remember Daario Naharis #1? I hope he recovers from the universe jangling his jewels.  Would be cool if he popped up in one of the spinoffs. 👍🏽 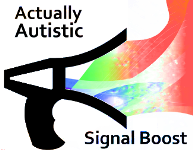